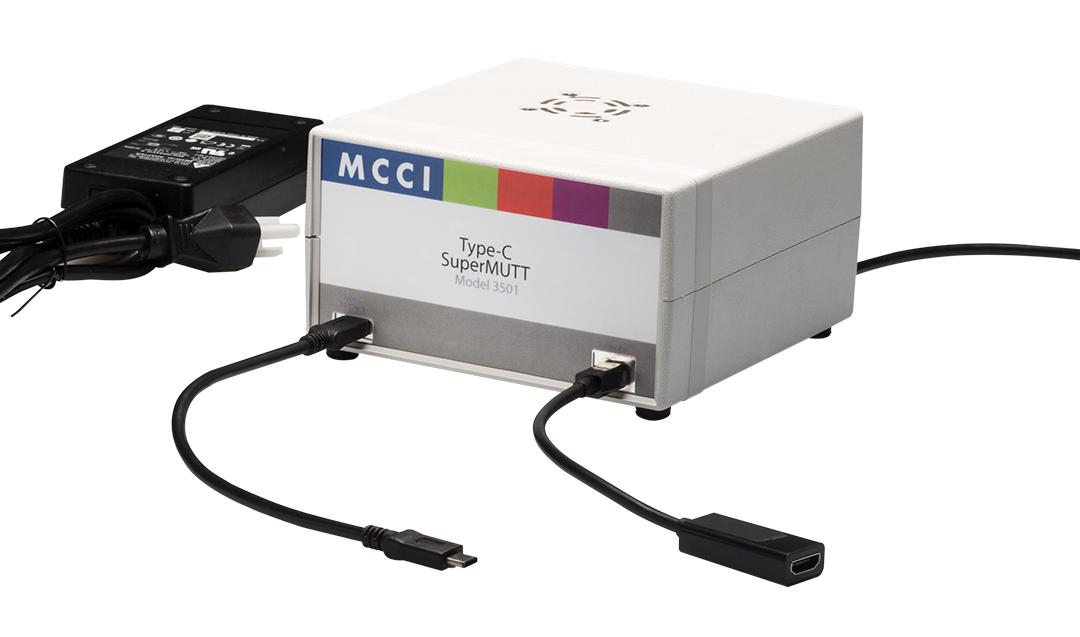 You may be wondering, however, “What’s a SuperMUTT?”

Let’s break it down.

Back in the early days of USB 2.0, Microsoft needed a tool that would let them verify the operation of high-speed host controllers and of their USB host stack. So they invented a test tool, and named it the “Microsoft USB Test Tool”, or “MUTT“.  This device has a Cypress FX2 controller chip and a lot of test firmware that let it emulate a variety of devices and thoroughly exercise all four transfer types on USB: bulk, interrupt, control and isochronous. It was a small device, that plugged into the USB port like a thumb drive.

When USB 3.0 came out, Microsoft wanted a similar tool for testing SuperSpeed host ports. So the “SuperMUTT” was born.  This device has a Cypress FX3 controller, which adds SuperSpeed support (now known as USB 3.1 gen 1, or 5 gigabit USB).  Again, they added a lot of firmware and host software, but the concept was the same — a small devic ethat plugs into the USB port like a thumb drive.

I suspect you can guess where this is going.  The Type-C SuperMUTT is simply the SuperMUTT, enhanced for Type-C support. But why is it so much bigger?

Well, the Type-C connector can do a lot more than the original Type-A connector.  For example:

This is very nice for the user, but it’s a big job to test Type-C software thoroughly.  So the Type-C SuperMUTT adds the following features to the original SuperMUTT

As you might guess, the 3501 was developed in conjunction with Microsoft; they’ll be supplying the Windows test software and embedded firmware for the product. We’ll be receiving the second production lot in late September, and we’re taking orders now via our online store.

You might have noticed that some of our literature calls the Model 3101-family of USB Connection Exercisers the “MUTT ConnEx-C”. This is because it’s really a part of the Microsoft USB Test Tool family (and you can see it here on the MUTT page at Microsoft).

We use cookies to ensure that we give you the best experience on our website. If you continue to use this site we will assume that you are happy with it.OkPrivacy policy