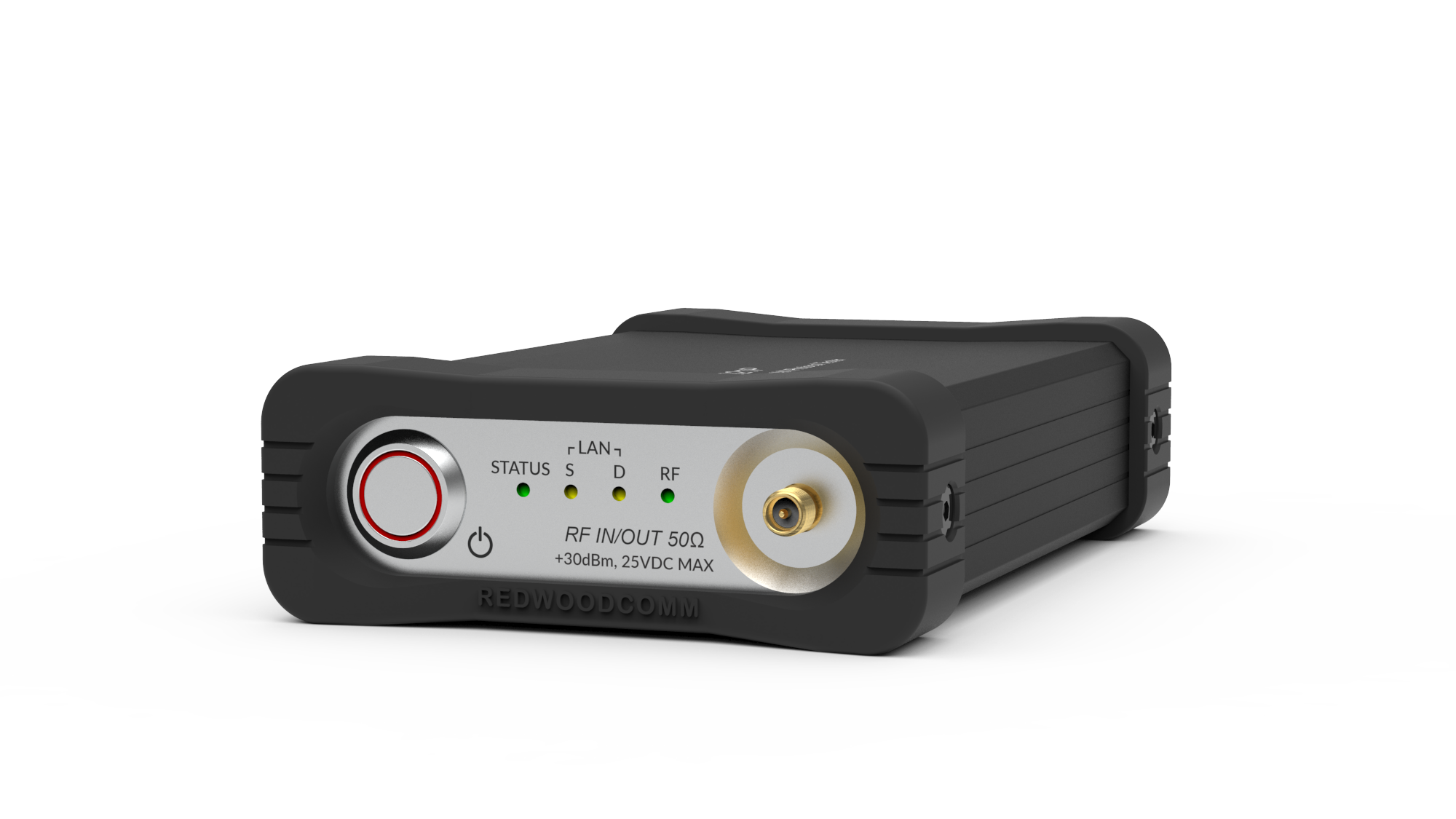 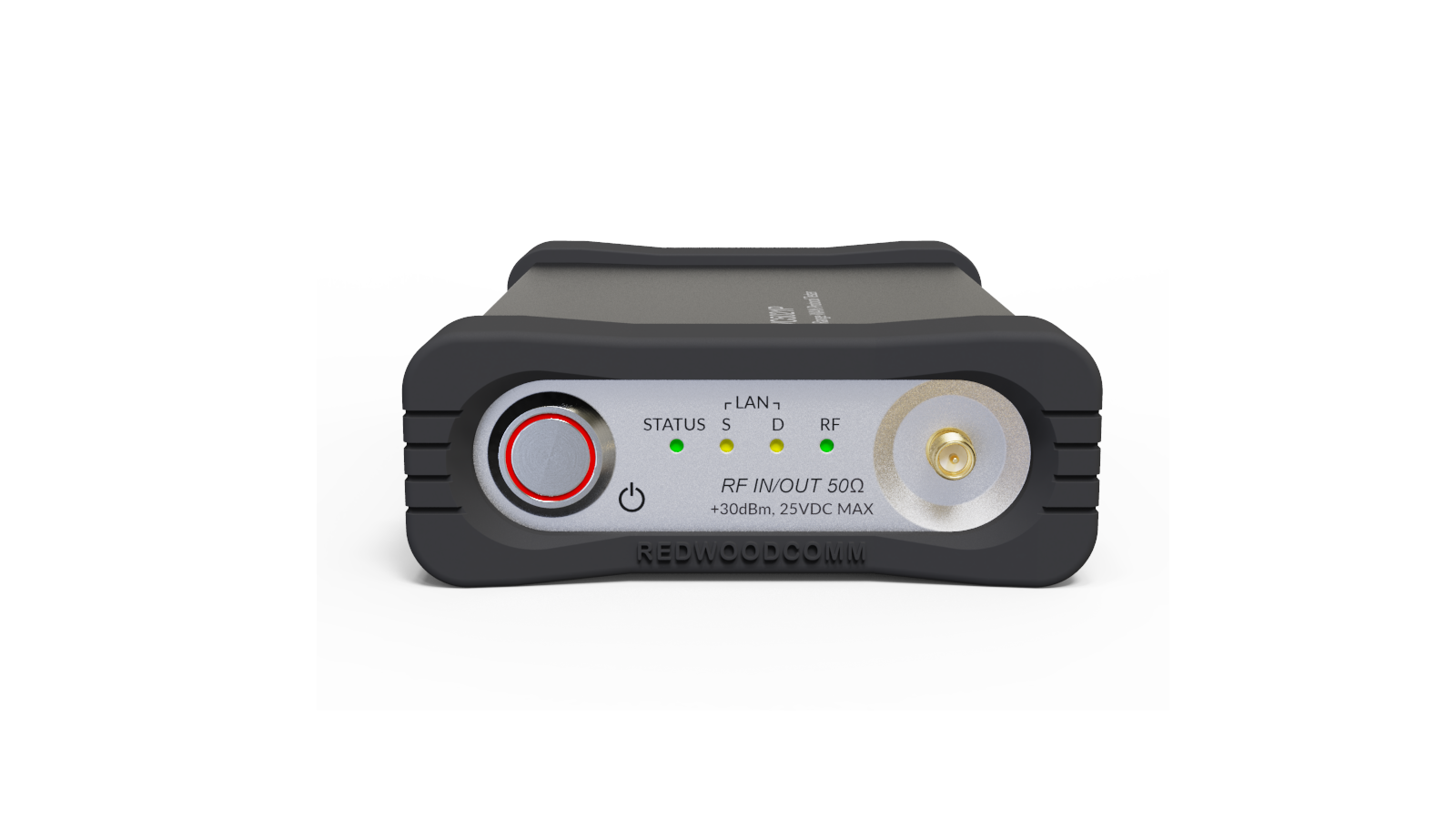 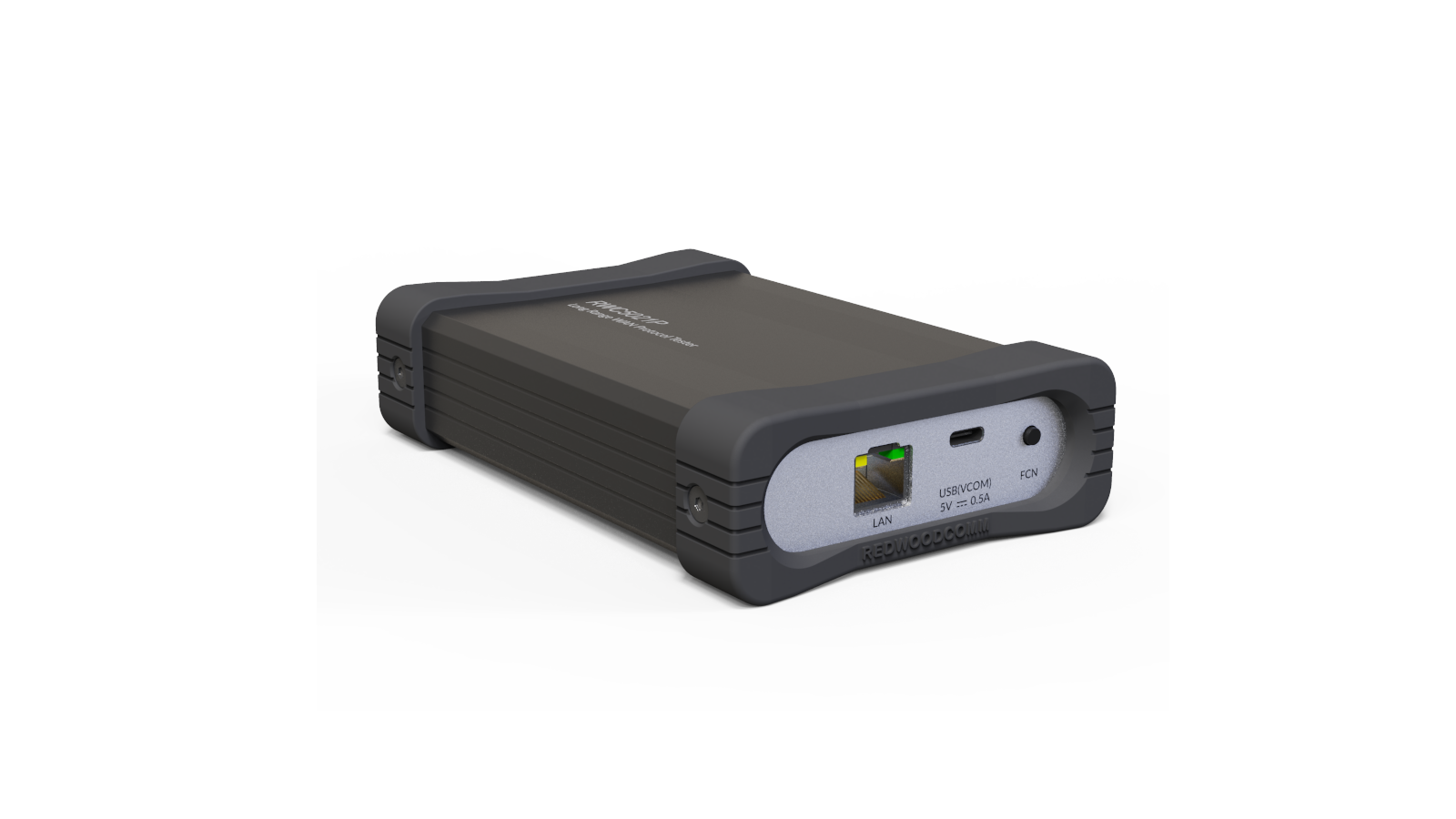 If you’re developing and testing LoRaWAN devices, consider adding the RedwoodComm RWC5021P to your testing toolkit. This compact device tester includes a special LoRaWAN network server designed for testing devices. The network server supports LoRaWAN 1.0.2, V1.0.3, V1.0.4 and V1.1.0, and supports Class A, Class B and Class C operation. You can test OTAA or ABP devices, and change many network server parameters, including receive-window timing, subband, ADR, and join behavior. If your device includes compliance mode support (LoRaWAN port 200), the network server can automatically put your device in compliance mode when starting tests.

In conjunction with a controlling PC, the RWC5021P can be used in engineering to test all aspects of the LoRaWAN protocol implementation in a device, as well as testing RF performance, and it can run full device pre-certification tests for a variety of regions. With MCCI’s Python API, it can be used for continuous integration (CI) testing and software design verification.

The RWC5021P connects to the control computer (a PC running Windows 10 or Windows 11) via Ethernet or USB Type-C®. If using Ethernet, a separate USB charger is required. If connecting via USB, the RWC5021P gets its power from the USB host. Power-over-Ethernet (PoE) is supported with a separate PoE splitter (purchased separately).

It connects to your device-under-test via a coax cable (SMA). (You can connect wirelessly, but the front-end sensitivity is tuned for coax connection, and so the wireless range is very limited.)

The RWC5021P has a sophisticated programmable RF front end that can operate over a wide range of frequencies, from 400 MHz to 510 MHz, or 862 MHz to 928 MHz (selected at time of purchase), and a microprocessor running LoRaWAN gateway software and a specialized Network Server. It can operate in several modes.

While performing testing, the RWC5021P can vary the RF parameters, to ensure that the device is tested in a variety of situations.

A very important use case of the RWC5021P is preparing for LoRaWAN certification at a test lab. The RWC5020M has comprehensive pre-compliance test procedures for LoRaWAN spec version 1.0.3 and 1.0.4.

Pre 1.0.4 region-specific procedures are available for the following regions.

With version 1.0.4 of the LoRaWAN spec, certification tests are no longer region-specific. The RWC5021P includes support for V1.0.4 requirement specification V1.1.

All operation of the RWC5021P can be controlled by a remote PC, using either Ethernet or USB control. An open-source Python test library is available from MCCI to simplify test development. The library has been tested both on PCs and on Raspberry Pi systems, allowing for cost-effective deployment in a lab environment.

The RWC5020M expands the RWC5021P’s capabilities to add gateway test support. It offers a full range of RF tests for both device and gateway, and also adds manufacturing test capabilities. Like the RWC5021P, it’s computer-controlled, and requires a separate test computer. It can be ordered either for low band (400 MHz to 510MHz) or high band (862 MHz to 960 MHz).

The RWC5020B stand-alone tester has the most features. It combines dual-band support (400 MHz to 510 MHz and 862 MHz to 960 MHz) with extensive front-panel control and an LCD display. The RWC5020B and RWC5020M have the same RF and test capabilities.

Why buy from MCCI?

For over 25 years, MCCI has been offering tools and software to engineers around the world. We’ve been doing LoRaWAN since 2016, and we are very actively involved in LoRaWAN deployments in New York City, Ithaca, NY, and in India. Our engineers have a deep practical understanding of LoRaWAN and the importance of good test equipment when solving real-world problems. We can arrange a demo via the web, or hands-on in person.